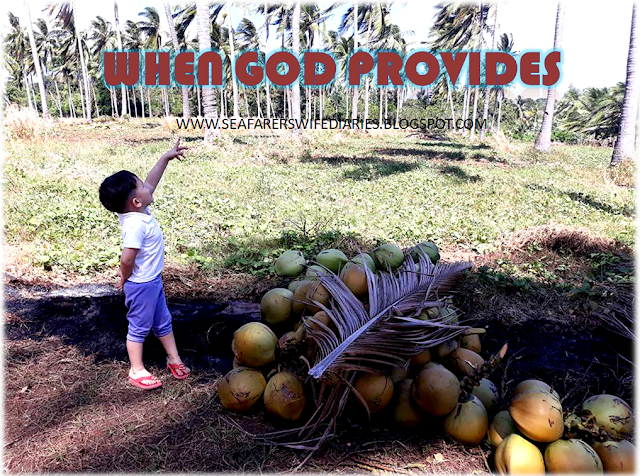 Last September, while on the 2nd week of our family vacation in Mindanao, the office of my hubby asking him to report and complete all the requirements that he needed for his work. The office told him that his departure would be on October 5, 201, but we agreed to refuse and continue our vacation.

October we came home and hubby reported to his office and his new schedule is November 10, 2017. But he chose a cape-sized ship. This kind of ship travels for about 45-50 days per voyage that's why he needed to move in January 2018.

Our foreseen financial budget is only from October to November 2017 so we needed to save our money and it's unavoidable na manghiram. October 2017 to January 2018 was our survival stage in our budgeting. The thing with OFWs is, pag nasa Pinas sila walang sahod lalo na pag tulad namin nakakasimula palang we needed and plan our budget carefully kasi lagi lang out wala namang ins.

WHEN WE'RE NOTHING BUT GOD DID SOMETHING!
Kahit walang wala kami financially pero di naman kami pinabayaan ni Lord. Physically, my family and I were healthy. Hubby and I were always present every time there's a church activity. We wanted to serve God despite our situation and continue serving Him even without money.

December 2017 was our Kids Camp in Bataan, and our kid's dept. They have an IPON FOR KIDS CAMP and my Zd was active for this for one year. Naghuhulog siya ng ten pesos every Sunday.
In order to be part of this event every kid should have:
650 php - for fare from church to Bataan (our Kid's Camp 2017 venue)
250 php - for registration for 3 days
Total: 900 php each kid

Zd had his ipon worth of 650.00 but there was one kid na talagang gustong gusto nyang pumunta ng kids camp pero kulang ang ipon nya. Hubby and I decided to give our Zd's ipon to that kid and in the afternoon Zd's tita called us and said she sent a $50 for Zd's kids camp. So, we're so blessed because God was not just providing our Zd's needs - that amount is already good for the three of us, praise God!

My Zd really had a wonderful experience during Kids camp, he even got certificates and award.


After Kids camp, our church pastor got an invitation from Balagtas church to be their speaker on their Thanksgiving day. Our dear pastor asked my hubby if it's okay to accompanying him there so he's not alone. My hubby replied and smiled "okay pastor try lang namin" thinking about our pamasahe again :) Our budget in our pocket is reserved only for our food budget and for our upcoming bills. When Balagtas church Thanksgiving Day came, we decided to attend and said it's the Lord and this is for the Lord and so be it.

Ang dala naming cash was only 400 php, and while we're in the bus, unfortunately, my wallet fell under the bus seats and we left it. Ang naiwan namin na pera ay wala na hehehe! So pano na ang pauwi namin? During the thanksgiving service, we just enjoyed the moment listening to the word of God and we don't even think kung pano na kami pag uwi wala na kaming pamasahe.

After the thanksgiving service, we had our dinner and while eating, all the sudden our friend approached me and said, "Mel pamasahe ninyo pauwi at yong subra bili mo ng gift kay Zd, ikaw na bumili ha wala na akong time at pasensya na". I really didn't expect it! God already knows our needs and used an instrument to provide it. After that someone's gave ZD a red envelop with cash in it. We got to total 1,200 php. Subra subra pa ang binalik sa amin sa nawala naming wallet na may laman na 300 plus.

After a few days, we got another church thanksgiving invitations from Pampanga church. Our Pastor was again their guest speaker but aside from that, they invited us not just once but twice. On their first invitation, hubby and I were declined because Pampanga is a little bit far and also, we don't have a budget for our fare again. But when our pastor there, brother Marco invited us again we decided to attend. We only haf 500 pesos budget for our back and forth fare.

Another problem while on our way to Pampanga Florida, ang nasakyan namin na bus is P2P, (Point to Point). From Trinoma to Clark Pampanga pala ang bus na yon we thought na pwede kaming bumaba sa Basa highway, ang pinakamasakit don is 350.00 ang fare each kahit na e transfer pa nila kami sa ordinary bus. So first, I asked the conductor if they could refund our fare, but they declined kasi fixed pala ang fare ng P2P, whew! So while waiting for the bus I just seated and thought quietly because our pocket again was zero.

After the thanksgiving program, we had a quick catching up with the pastor in Pampanga Church. Then bigla kaming inabutan ng pamasahe daw namin pauwi, unexpected amount and yeah! God works in mysterious ways.

Sometimes life is full of challenges but always take heart that God is our provider. He knows us one by one and He knows our needs. The only thing that we can do is to follow His will and always priority Him in everything and in spite of hardships. 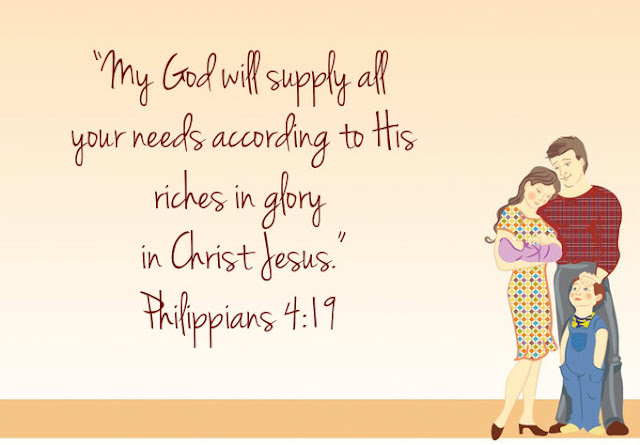 
Posted by The Seafarer's Wife Diaries at 12:09 PM 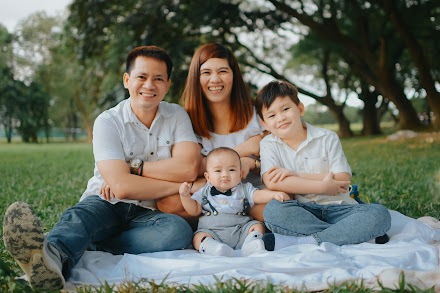