The A, B, K, D (Action Baranggay Kontra Dengue)


Dengue is a common viral infection spread by mosquitoes. I'm aware of this because when I heard this from the news that there's lots of patients from the area of Cavite to Bulacan are. The DOH (Department of Health) said  that the  province of Bulacan and Cavite were placed under a state of calamity due to the rising number of dengue cases.

We have a 4-yr old neighbor here who's affected by the dengue and his nose was bleeding. They rushed him to the hospital. So I am scared because if it's my neighbor, then it means near at home (of course! lol). Although I always clean our house and always spray it for mosquitoes killers, when we go outside there's a chance that my ZD will be bitten by a mosquito. Oh, just the thought of that makes me so worried. Hay nakakaloka talaga!

That's why we used mosquito net at night para sure. Then everyday nag spray ako. Prevention is better than cure.

Early  in the morning when I bought something our breakfast I saw these brgy. workers - nag house to house sila para pausukan ang mga bahay, I was so happy because of it kasi it's really a big help for us specially to our community to avoid dengue.


Here are some photos taken: 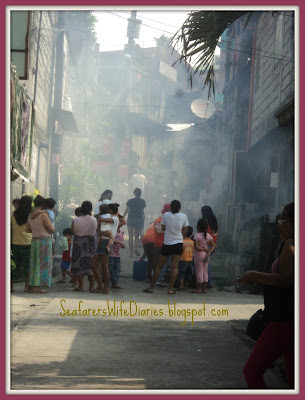 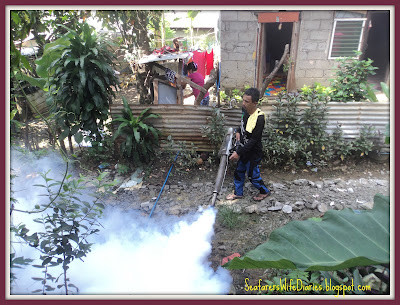 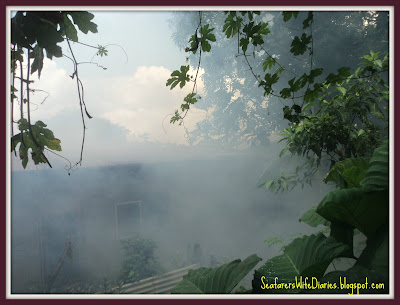 Thank you to all the baranggay workers for the efforts and your service :) Mabuhay kayo!!

Prevention is Better than Cure:

There is no vaccine available against dengue, and there are no specific medications to treat a dengue infection.

The best way to reduce mosquitoes is to eliminate the places where the mosquito lays her eggs, like artificial containers that hold water in and around the home. Outdoors, clean water containers like pet and animal watering containers, flower planter dishes or cover water storage barrels.  Look for standing water indoors such as in vases with fresh flowers and clean at least once a week. 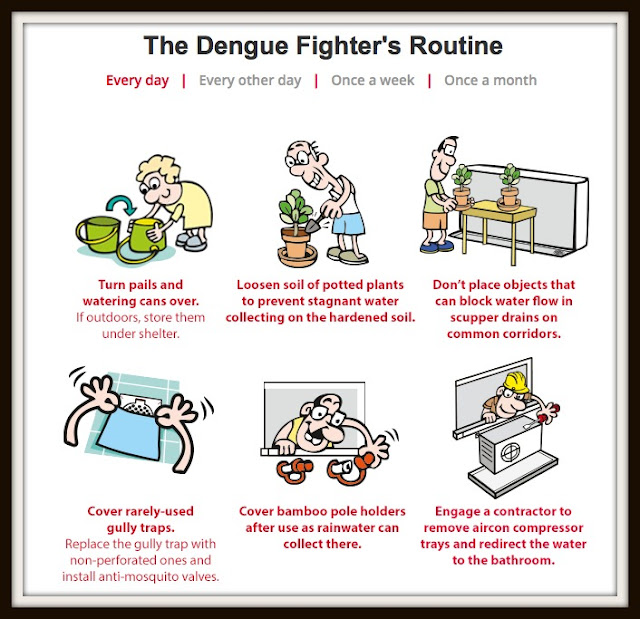 Thank you for reading, keep safe all and God bless!
Posted by The Seafarer's Wife Diaries at 7:57 AM